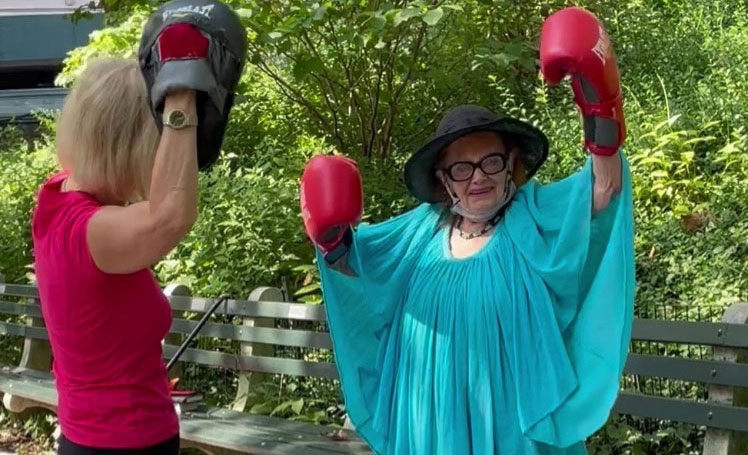 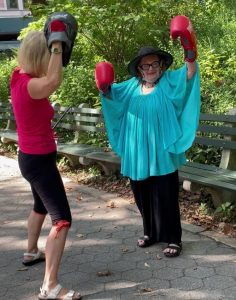 Death comes for us all. But if you’re reasonably healthy now, you may have some control over how long you stay that way. Never mind risky biohacks. Recent research points to interventions in diet, exercise and mental outlook that may delay the aging process and related diseases. “There’s a need for a multidisciplinary approach to get it all right,” said Valter Longo, a biochemist at the University of Southern California.

The longest-lived human, Jeanne Calment of France, didn’t know about these new studies. She smoked cigarettes throughout her 122 years, dying soon after she finally quit, in 1997. Could someone with better habits break her record?

Two recent papers shed light on this question. I talked with the authors and other researchers of aging to understand the best longevity strategies and just how long we can realistically expect them to protect us.

All humans share 99.9 percent of their genes. This explains why even super-agers, born with tiny genetic differences that promote longevity, almost never surpass 110, unlike some other animals. Biologist Jan Vijg of Albert Einstein Medical College said he knows just one way for humans to live 170 years like a giant tortoise: become a giant tortoise.

The good news for super-agers is that, although the chance of dying in a given year goes up with age, the odds seem to stop increasing after 105. From then on, it’s basically a coin toss every year. Heads you’ll see your next birthday, tails you won’t.

In June, Michael Pearce, a University of Wisconsin statistician, applied this “mortality plateau” in analyzing lifespan trends. He found a 68 percent chance that, by 2100, someone will live to 127—maybe one of the 294,000 centenarians currently alive. “So many more people will reach age 110 in the coming decades,” said Pearce. “That’s the main driver.”

But the mortality plateau is poorly understood and often debated. Susan Alberts, a Duke primatologist, published a paper the same month as Pearce’s that compared the human rate of aging to other primates. Although human life expectancy has increased by three months per year since the mid-1800s, “the evidence suggests the way that lifespan has been and could continue to be extended is by averting early and mid-life deaths,” she said. The decline during old age hasn’t changed, mirroring other species.

Time will tell who’s right. What’s clear is that certain lifestyles help individuals live longer than they otherwise would—including the genetically blessed. “They might do even better with a healthy lifestyle,” said Matt Kaeberlein, a bio-gerontologist at the University of Washington. Harvard researchers found that healthy habits add nearly 15 years of life expectancy. “That’s over 100 trillion dollars in healthcare savings,” said Harvard biologist David Sinclair.

Many poor Americans can’t afford healthy lifestyles and, in fact, we’re getting sick and dying earlier across the board compared to other countries. A new report from the National Bureau of Economic Research found that even extremely poor Europeans live longer than the wealthiest Black or white Americans. “We’re going to pay if we don’t do something about this rising tide of disabled people,” said Judith Campisi, a biochemist at the Buck Institute.

The latest findings from longevity research could help to reverse the trend.

Trick yourself with food

Many scientists believe that, to stay youthful over the decades, a little stress goes a long way, thanks to evolution. Our genes have one primary goal: healthy offspring. Accordingly, our bodies have evolved to sense when the environment is so challenging that our children might not survive. During a drought, for example, certain genes may activate to put the brakes on cellular growth, slowing the aging process. This grants additional years of life for having kids after the tough times have passed.

An important environmental cue is nutrition. Ideally, our ancestors enjoyed protein-rich red meat for peak energy and performance. But when hunting expeditions failed, people resorted to eating hardy plants. Today, our bodies still infer a state of scarcity if we consume lots of vegetables, switching on the longevity genes. Indeed, such a diet is associated with longer lifespan, according to the Harvard study. Becoming a full-fledged vegetarian probably isn’t necessary but, to maximize “healthspan,” at least 50 percent of protein should come from vegetable sources, said Longo, the USC biochemist.

He recommends getting other proteins mostly from fatty fish, like the Mediterranean diet, while moderating intake of starchy carbohydrates like pasta, bread and potatoes. The body breaks them down into sugar, which can gum up proteins in the brain. Older people who devour carbs are more likely to become cognitively impaired. Filling substitutes are Portobello mushrooms or eggplants.

Restricting food sends a similar scarcity signal that could lengthen lifespan, according to decades of animal studies. While water-only fasting over several days can be dangerous, “fast mimicking” diets could be safer because certain foods are permitted, said Longo. “Periodic fasting provides a reset,” he said.

Research continues on various fasting regimens. In a pre-print review, Kaeberlein, the University of Washington professor, found limited evidence that avoiding food during certain windows of the day, without dropping overall calorie intake, increases lifespan in mice, let alone humans. When calories are reduced, some genetic strains of mice seem to benefit, but others actually die faster. Calorie restriction “could enhance longevity in some people while shortening lifespan in others,” Kaeberlein wrote.

“We’re beginning to find faults with some extreme diets,” said Campisi. “The key is dietary restriction without malnutrition.” The real benefit of fasting, she added, might simply be losing weight. “Obesity is a risk factor for inflammation,” which accelerates aging, known as inflammaging.

Sinclair eats just once per day, at dinner. “When you eat is perhaps more important than what you eat,” he said, noting this NIH study involving animals. “It’s easy to say mice aren’t humans, but there are some broad lessons.”

To further simulate our ancestors’ stressful environments—duping your genes into extending your span of health—exercise like predators are chasing you. Just don’t do it too much.

In August, a Mayo Clinic study suggested there’s an optimal amount of strain: people who exercised for 30 to 45 minutes on most days since the 1990s were 40 percent less likely to have died. Cardio workouts may extend longevity by multiplying mitochondria, the “powerhouses” within cells. When scientists impair mitochondria in mice, they die faster, and mitochondrial dysfunction results in inflammaging in humans, said Campisi.

High-intensity interval training, or HIIT, may be particularly effective. Sreekumaran Nair, an endocrinologist at Mayo, found that 12 weeks of HIIT reversed many age-related differences in how older people synthesize proteins, buffering their mitochondria. And strength training may partially reverse aging associated with mitochondrial decline. But that doesn’t mean you can magically undo a lifetime of mistakes. A young person’s lifestyle “will echo for decades,” Sinclair warned. As John F. Kennedy said, the time to repair the roof is when the sun is shining.

As with fasting, just don’t go overboard. “Some young guys want to do everything,” Nair said, “but there’s no data that working out beyond a certain level gives you better mitochondria.” Mayo’s August study confirms a Goldilocks sweet spot; exercising over 45 minutes per day is linked to shorter lifespans. Nair suggests three days per week of HIIT, two days of strength training, and two days walking.

Among the thriving older people I’ve interviewed, many say they enjoy challenges. Richard Besdine, an 80-year-old professor, loves competing against 20-somethings in squash. Eric Kandel, 91, gets stimulation from the intellectual rigor of the psychology lab he still runs. “I do these things because they give me great pleasure,” he said.

If fasting and exercise support longevity because they’re stressful, where does pleasure fit in? “There’s a joke in the field,” said Campisi. “Dietary restriction doesn’t really make us live longer. It just feels that way.”

She entertained the idea though. “Maybe it’s taking pleasure in low-level stress.” Sinclair wasn’t aware of studies on excitement and pleasure making people live longer, “but it would make sense,” he said.

Perhaps Americans are dying earlier than Europeans partly because we tend to view unhealthy behaviors as more exciting. But the best strategies for longevity, even challenging ones, can be reconceived as pleasurable and satisfying. For example, some people learn to appreciate how fasting boosts energy.

Sinclair noted another driver of longevity related to pleasure: long-term, loving relationships. In an 80-year study, researchers found that the most important factor in a long healthy life was having a close partner. Lynne Charnay, a 96-year-old actress who still performs on stage multiple times per year, attributes her longevity to marital bliss—a double dose of it. “I’ve had not one fabulous husband, but two!” she said. Boxing regularly with her personal trainer in Central Park, NY, doesn’t hurt, either.

People may take pleasure in challenges if they’re optimistic. In 2019, a Boston University psychiatrist, Lewina Lee, found that optimism was associated with exceptional longevity. Debbie Downers take heart: optimism can be cultivated through interventions. “While optimism is about 25 percent heritable,” Lee told me, “the rest is attributable to environmental influences.”

That may partly explain why people entrenched in poverty, with little reason for optimism, have significantly shorter lifespans. The scientists I talked with argue for policies that improve access to healthy lifestyles, especially as findings about exercise, nutrition and other anti-aging interventions continue to evolve, promising more years of health to those who can afford them.

“We’re still in the Wright brothers’ days of flight when it comes to longevity,” said Sinclair. “We still have a 747 and a Concord to come, I hope within our lifetimes.”

Matt Fuchs lives in Silver Spring, Md., and writes about health and technology. Follow him on Twitter.